Whether you are a grandmother of  95 years, a grossly overweight newly divorced 45 year old or perhaps only 2 months old, creating a full-blown demo on the Commodore 64 might seem a daunting task. In this self-contained tutorial, we will guide you on how to set up and create your very first demo on the c64.

Creating a (single-file) demo for the c64 requires careful planning of resources of code. You will have to  think about packing, reusing both code and variables – and how everything should interact. First, we recommend you to go through some of the other tutorials on this page – such as the game tutorial series.

In order to keep code to a minimum (and preventing spaghetti code), we present an optimal automated solution that can serve as a basis for any demo. The project is included in in the TRSE framework (from version 0.05), and can be used as a starting project for a demo.

The idea is simple: The demo framework is split into two “parts”, one that controls rasters and one that performs background initialization, with a central part (the “progress tracker”) that connects the two. Take a look at the following flowchart: 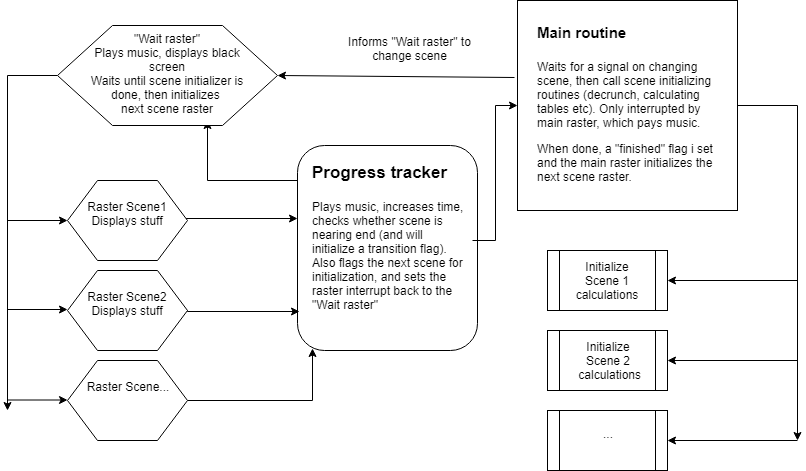 Let’s go through a typical code path of a demo:

The difficult (and somewhat entertaining) part of creating a c64 demo is resource management. You will have to think about packing, where to store data, how to reuse data and about code layout. Here are a couple of helpful tips: 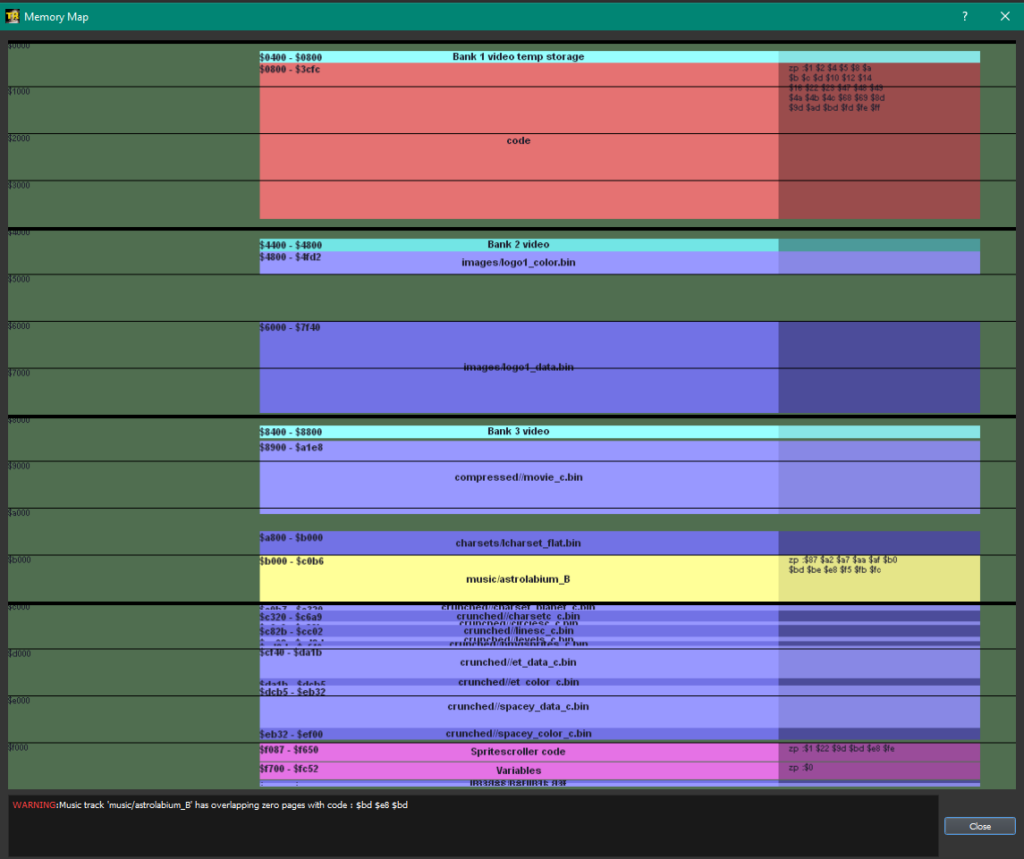