This will be a short one.

In the import section, open an image of your own choosing. For that special effect, I decided on a nice image of a moose during sunset. Probably because I live in Norway. Play around with parameters in order to create a perfect atmospheric image of a moose.

Here’s a screenshot of the editor 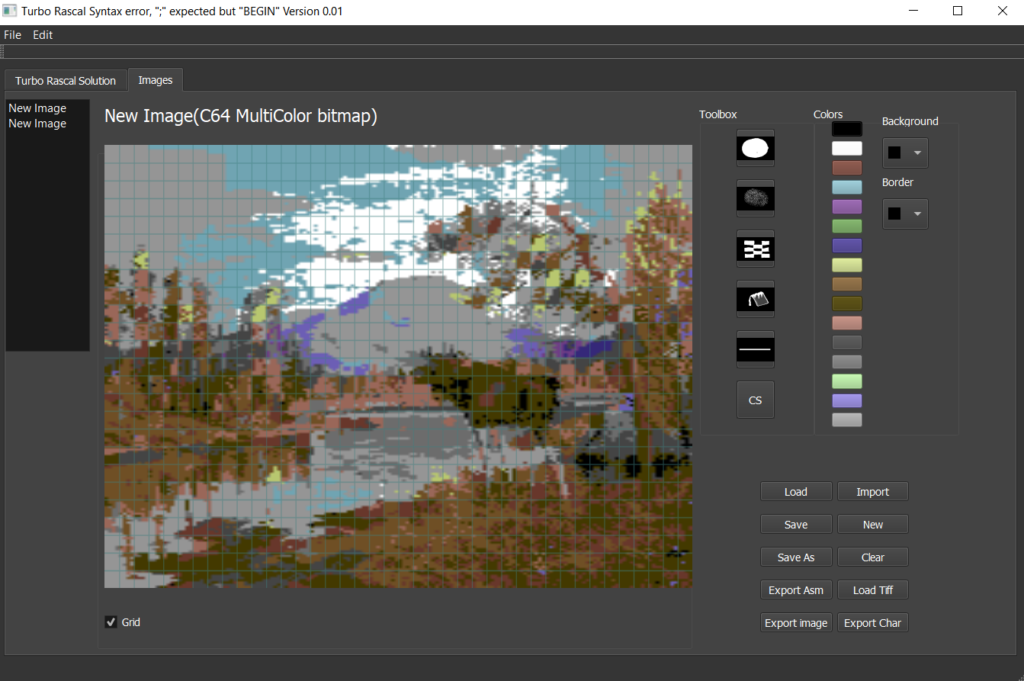 When you are done with the image, export as binary to your .RAS project folder.

Now here’s the nice part: the code is absolutely short.

Here’s the code running on VICE.< 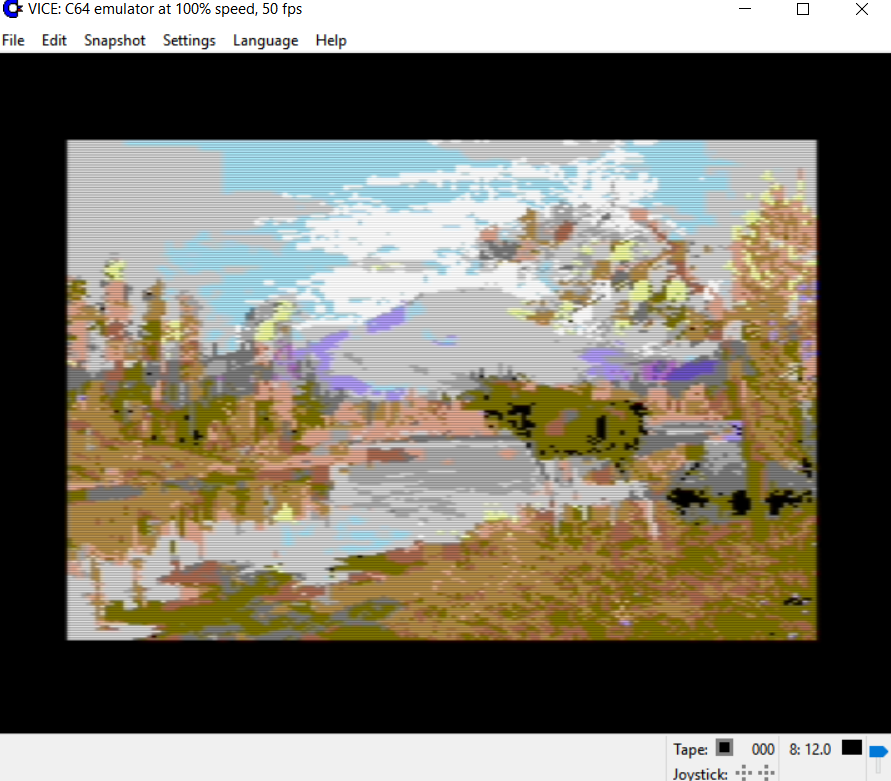